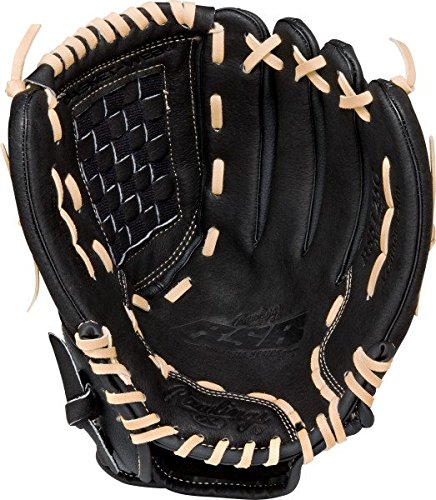 The most serious of slow-pitch softball players will spend serious funds on their equipment. These players know that the materials in high-end gloves mature and improve over time, and that they are worth the investment. Players that can really flash leather need gloves that like to be flashed. To a large portion of the slow-pitch playing public, though, the hundreds of dollars pro-level gloves cost would be so much wasted money.

If you are one of those players, gloves like Rawlings’ RSB series slow pitch gloves may be just the thing you need. These gloves are playable and serviceable, and they provide a lot of bang for the buck. They are not for everyone, though. Let’s look a little closer at this series of gloves and see which players they would benefit, and which ones should keep looking. 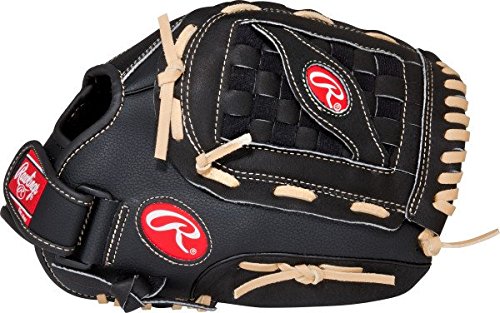 The leather palm of the RSB series gloves is soft and pliable straight from the factory. Extraordinarily little break in is required on the part of the user. Rawlings claims a 10-percent user break in, but players can put the RSB series in play right away. After couple of practice sessions, though, the RSB begins to truly shine. The synthetic, Neo Flex back is pliable when new as well, further speeding break in.

While the cushioning on Rawlings’ RSB series gloves is not in and of itself spectacular, it is not always found in a slow-pitch glove. Many of these types of gloves are completely without padding, and stinging line drives are a hazard with them. The RSB takes a bit of the sting out of those hard-hit shots. The padding also means the RSB series is useful as a baseball glove, though the large pocket may be a problem with the small ball.

In softball, a large pocket such as the one on RSB series gloves is a welcome addition, especially in the outfield. Rawlings markets these gloves as adult outfielder’s gloves but, unless you have an aversion to it, the larger pocket works equally well in the dirt. Large pockets like these can mask a lack of overall skill, as they provide a margin for error when making a catch. Infielders and outfielders can each use forgiveness in equal measure. Wherever it is used, the RSB’s wide and deep pocket make securing drifting flies and tailing liners easier.

The advantage of the synthetic Neo Flex back material is its pliability, but that softness also hints at a lack of structure. The leather provides a great deal of the RSB’s structure and, as it matures, the leather will stretch and lose its form. The synthetic material will never have the supple texture and sensitive feel of genuine leather. It will be the same material after years of use as it is on day one, minus its looks.

The hand opening on Rawlings’ RSB series is abnormally small for an adult slow-pitch glove. Men with large hands may not be able to get their hands through the opening, and should probably look elsewhere. However, one person’s too small is another’s just right, and the RSB series works great for younger people and adult women. These groups often must consider fastpitch gloves for a secure fit, but the RSB provides them with an affordable option that is adequate for slow-pitch softball.

The soft leather palm on the RSB series may break in quickly, but the tradeoff is that the leather will continue to soften and lose its shape. The natural degradation of the leather means the palm is good for two seasons at a maximum. The Neo Flex back should keep its form longer, but it is not a durable material. To make it through a second useful season, RSB series gloves must be well-looked-after. They won’t take kindly to being thrown around.

Slow-pitch softball players who want a versatile glove have a thousand options, but those on a budget do not. If you fit that description, Rawlings’ RSB series gloves deserve your consideration. The leather palm provides similar feel to much more expensive gloves, but the synthetic back keeps costs down. The basket web is useful anywhere on the field, as is the oversized pocket. Though they aren’t built for the long haul, the RSB series gloves provide all the playability most players will ever need, at least for a season or two.