Many kids greatly admire and follow athletes athletes while growing up. Personally, I was a huge Manny Ramirez fan back in the day. I always wanted to wear the same gear that he did. The same goes for softball players — I remember all my softball friends wanting to wear the exact same stuff that Jennie Finch wore out on the field. Professional and collegiate teams around the world are sponsored by all different kinds of brands, while other teams let their players wear their personal favorites. Looking for your own fastpitch glove? Check out our full breakdown here.

The National Professional Fastpitch League is partnered with Wilson, Diamond, Dudley, Easton, Louisville Slugger, and Rawlings. The most commonly used glove throughout the league is the Wilson A2000. The glove retails for over $200, and is extremely popular in both softball and baseball, (some players opt for the Wilson A2K, which is more expensive, but even better in performance). In the same light, many players rock with the Rawlings Heart of the Hide. This glove also is north of $200. Though they are expensive, these are two of the highest quality softball gloves on the market, (if not the highest quality gloves on the market). Sure, it’s not a purchase that can be made immediately for a lot of players. It’s a long-term commitment purchasing one too. Breaking one of them in will take a while, and you have to keep it in good condition. Don’t forget though, you will be purchasing a trustworthy glove that can last you a very long time. The pros wear it, so you know it must be pretty good.

The Oklahoma Sooners won the 2016 NCAA Division 1 National Championship, and are the #1 ranked team in the nation going into the 2017 season. The Sooners are led defensively by their junior shortstop Kelsey Arnold. She started every game last season, and won the Big 12 Defensive Player of the Year award. Oklahoma is supplied by Rawlings for their gloves, but Arnold actually wears gloves made by Worth (Rawlings). This is interesting, because technically she was the best defender in the nation last year and she doesn’t wear the same glove as the rest of her team. This attests to the idea that some people have personal preference over how a glove feels on their hand specifically. Not everyone is going to love the feeling of the same glove.

The University of Florida is one of the most successful D1 softball programs in the nation. Though Oklahoma won the championship series last year, the Gators have won two of the last three WCWS’s. The Gators are supplied by Easton. The women used both the glove and bat models of the Easton MAKO. The Easton Mako series has been on the rise the past few years, as it has a very dedicated fan base. Those who love the MAKOs cannot get enough, while some others simply don’t like the feel of the bats or the gloves. Easton also markets has their Stealth Pro Series catered toward serious fastpitch players.

The Auburn Tigers were defeated by Oklahoma in last year’s Women’s College World Series, but have been super competitive in the last couple of years with back to back top 3 finishes. Auburn is supplied by Wilson, as their team wears A2000s on field. Their program is known for the “Auburn hop,” a defensive strategy in which the infielders do a quick hop prior to each pitch. They do this because this allows the player to already be in an athletic motion right before making their first step towards the ball. They can be confident in the science behind the play, and the gloves supplied to them by Wilson. The A2000s are high-quality leather pieces that will get the job done at an elite level. 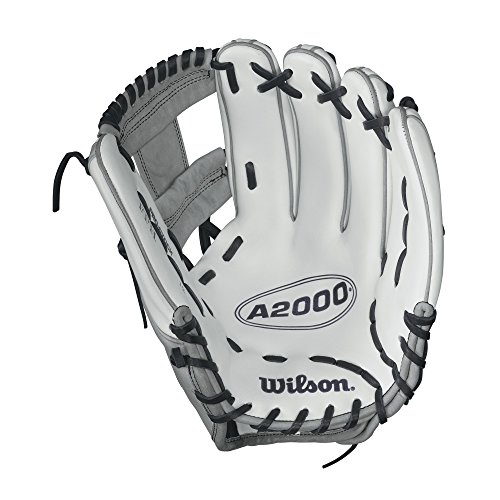 The Men’s USA Slow Pitch National Team is the most professional slowpitch outfit that you’ll encounter. They compete against other countries in the annual Border Battle in Oklahoma City, among other national tournaments. The majority of the team uses Easton gear on-field. Easton is known for having some of the best slowpitch gear, varying their selection from elite to recreational. 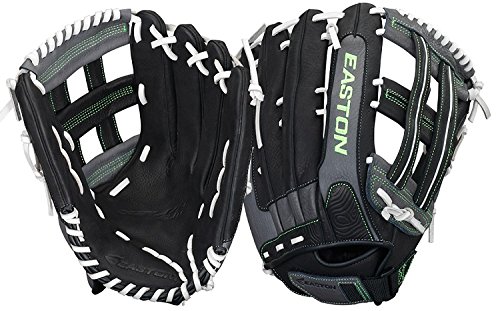 When it comes down to it, Wilson, Easton, and Rawlings are among the most popular glove brands used by elite softball players. When looking for a new glove, make sure to check if these brands have something that seems like it may fit your style and level of play.  You can see our best picks for glove models here.

Is Your Softball Glove Illegal?

Softball Gloves and Brands by Budget